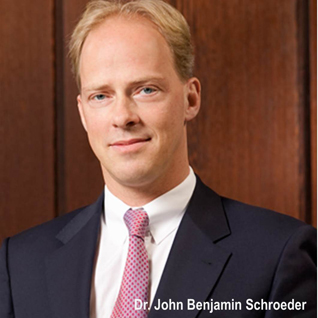 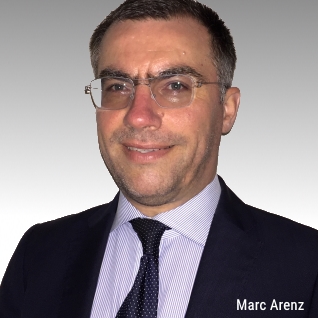 Dr. John Benjamin Schroeder studied law and reached his Doctoral degree in insurance law, both at the University of Hamburg.

After working in various positions with solicitors’ firms, banks and trading firms, both within Germany and aborad, he has been active on behalf of MPC Münchmeyer Petersen & Co. GmbH since 1995. Following management affiliates worldwide from 1995 until 1996, Dr. Schroeder became Co-Partner of MPC Münchmeyer Petersen & Co. GmbH as well as Managing Director of the Company’s subsidiary Coutinho Caro + Co. International Trading GmbH in 1996. In 1997 he additionally took over the position of Managing Director of MPC Münchmeyer Petersen & Co. GmbH, including the responsibilities for the Commodities & Machinery and Consumer Goods divisions, as well as the assumption of various executive and Advisory Council functions within the group of companies. His areas of focus are mergers and acquisitions, strategy, reorganisation and restructuring, international trade, legal and human resources.

Marc Arenz studied economic sciences at the University of Duisburg and obtained his degree (MBA) in 1996. He started to work as an auditor for Coopers & Lybrand in Düsseldorf that afterwards became PricewaterhouseCoopers. In 2002 he joint Ferrostaal AG again where he spent his apprenticeship training in the late 80´s.

For Ferrostaal AG he worked in the Accounting department in various positions. He also is responsible for issues concerning Treasury and Finance with the focus on guarantees.

Since 2016 Marc Arenz is Managing Director of Intergrafica Print & Pack GmbH in Essen, Germany, a Business Unit of the Ferrostaal Group, originating from the former Ferrostaal AG’s Business Unit Equipment Solutions. He is responsible for commercial issues.